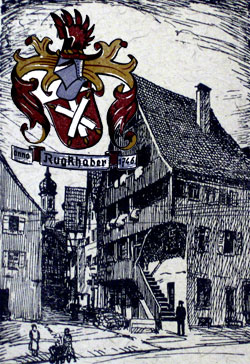 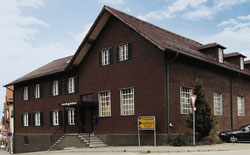 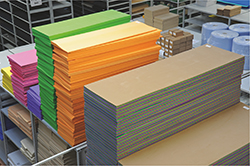 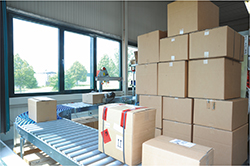 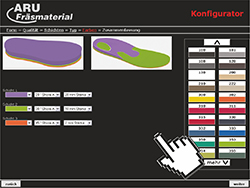 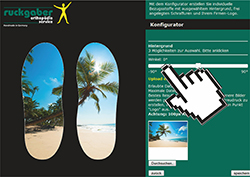 Historical documents show that the name Ruckgaber goes back almost five centuries in Rottenburg. Johann Ruckgaber founded his "Tanner's Shop" in Rottenburg on October 25th 1825 in the Tanner's House by the Rottenburg Barn ("Zehntscheuer"), well preserved to this day and now under monument protection. As a result of the Neckar diversion and the resulting relocation of the old weir in 1834, the Rottenburger tanner's lost the water supply required for the tanning process.

With the so-called Tanner's Trench now out of service, it was extremely difficult to continue the tanning trade. Courageous and far-sighted as he was, Johann Ruckgaber made the decision to go into industrial leather processing and can thus be regarded as the actual founder of Ruckgaber the company, or the Shaft Manufacture as it was known at the time. Johann Ruckgaber's son August continued to practice the tanner's trade at the family home. In 1883 the first chemical tanning processes were introduced and the tanner's trade suffered the next severe setback.

In spite of the fact that this craft was in its dying throes, August Ruckgaber's son Anton decided to learn the trade of the tanner as passed down by tradition. At the age of 19 he then set up his own business in the family home and produced his first shafts. In 1902 he acquired the factory premises in Güterbahnhofstrasse in Rottenburg which can still be seen there today. In 1902 Anton Ruckgaber founded a successful branch of the company in Strasbourg, though this was lost after the First World War. In 1910 a branch was opened in Baden in Switzerland, which Anton Ruckgaber then passed on to his son August in 1929. In 1933 Julius Ruckgaber and his brother Alfons took over their parents' company. Julius Ruckgaber ran business operations and Alfons Ruckgaber was responsible for sales and technical direction in the shaft factory. In 1950 a young man joined the company who would have a lasting impact on its fortunes: his name was Walter Koch. Julius Ruckgaber died in 1963, leaving Alfons Ruckgaber to run the business on his own. 1968 was a very eventful year for Ruckgaber.

It was in this year that the then Ruckgaber oHG was legally converted into a company under the sole proprietorship of Mr. Alfons Ruckgaber, with Walter Koch being appointed authorised representative. The decision was made to go into wholesale trading of orthopaedic articles in the field of orthopaedic footwear - at the time still a very young market.

This decision set the course for the future, and Ruckgaber became the first and only full-range supplier in the trade, retaining this status up until 2000. In 1973 the company was awarded sole representation of the company Schein Orthopädie Service KG for southern Germany. Even then, Schein was established as one of the biggest and most important manufacturers of shoe inserts in Germany. This decision was another key step towards taking the company into the field of orthopaedic footwear. When Alfons Ruckgaber died in 1978, his wife Frieda Ruckgaber took over the company and Walter Koch continued to run business operations as the authorized representative. In 1982, the current managing director Reiner Kaupp entered the company as a trainee. The company grew constantly during this period as orthopaedic wholesale became increasingly important. Another key decision for the company was taken with the launch of its own brand "ARU" in many sections of the product range. When Frieda Ruckgaber fell seriously ill in the mid-nineties, she and Walter Koch made the decision to transform the company into a limited company or GmbH. Walter Koch became managing partner in 1997 and the company Schein Orthopädie Service KG became the main shareholder of Ruckgaber GmbH after almost 25 years of close collaboration.

Klaus Peter Schein became managing director of Ruckgaber GmbH in 1998. This association with Schein Orthopädie Service KG saw the start of a new era for Ruckgaber. A range of important strategic business decisions and changes put Ruckgaber on course for expansion. Reiner Kaupp was appointed authorised signatory in 1999 to support Walter Koch. It was in this year that Mrs. Frieda Ruckgaber died after a severe illness. In 2000 Ruckgaber celebrated its 175th anniversary, also making one of the most important decisions to secure its continued existence: shaft production was outsourced to the sibling company ATeC in Erfurt, one of the most state-of-the-art shaft manufacturers in Germany. Now the company was able to focus on the field of orthopaedic wholesale which had been growing constantly in the preceding years. By 2001 the old premises were too constrained and the company management decided to build new facilities on a greenfield site. With its direct access to the motorway, the Rottenburg district of Seebronn provided the ideal location and construction work began in September 2001. Walter Koch retired from active management responsibilities in 2001 and has acted as a consultant since. After a construction period of just under 8 months in January 2002, Ruckgaber GmbH moved into its new premises with warehousing space of 1,654 square metres and some 390 square metres of office space. In the same year Reiner Kaupp was appointed managing director.

Klaus Peter Schein died in 2004 after a severe illness, his son Arnd Schein taking over his father's position in the same year. In 2006 Ruckgaber was one of the first companies in its sector to introduce a quality management system and was certified according to DIN EN ISO 9001:2000.